Written by Plant With Purpose on June 9, 2010 in General 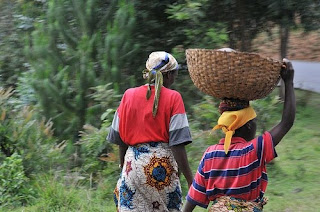 The polls are in: elections are upon us. People all over the country are boasting their “I voted” stickers and tuning in to the election results. But for many of our friends and partners in countries around the world, elections are a time of uncertainty and even fear—and not just fear that the opposing party will sweep the primaries.
Burundi is undergoing an election season that will have serious implications for the country’s future. 2005 signaled the end of a brutal civil war, and this year’s elections are hoped to solidify the transition to democracy started by those peace agreements.

Thus far, the process has been tumultuous. Local elections took place on May 24th, which members of the opposition quickly rejected with fraud allegations. The opposition has also called for new polls as well as the resignation of the electoral independent commission before the presidential elections scheduled for June 28th. On May 31st five presidential candidates from the opposition officially withdrew from the race, and only one opposition candidate remains. There is a climate of fear over which road this process is going to take. We invite you to join us as we pray for God’s intervention, and that the elections would be free, fair, and peaceful. 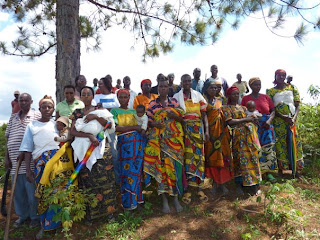 As Burundi seeks to recover from a history of violent ethnic conflict, we are encouraged by the restoration and reconciliation that is taking place in the communities where we work. Community projects, such as planting cassava fields, bring together people who were on both sides of the conflict to achieve project goals.
The governor of the Rutana province, Madame Marceline, is very excited by Plant With Purpose’s practical approach to reconciliation. She said, “Cassava has no color, it has no ethnicity. But as the people work together side by side in the fields, they learn to care about one another. This has done more for reconciliation than many of the official government programs.” 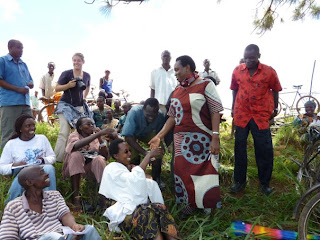