Do you have to spend money to make money? 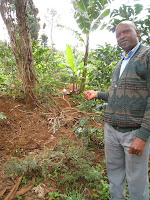 Paul Massawe, a farmer from the village of Masia Mamba, Tanzania, was spending too much money on his farm. His corn crop not only required excessive amounts of expensive fertilizer, but planting only one type of crop year after year was depleting his soil. Depleted soil meant he had to use even more expensive fertilizer to produce enough corn to support his six children. He was trapped in a vicious cycle of poverty and environmental degradation.
With Plant With Purpose’s sustainable agriculture training, Paul learned that he didn’t have to spend money to make money. Plant With Purpose taught Paul which trees and crops to grow that require less water as well as help improve his soil. Now, Paul also grows green beans, carrots, onions, and kale, which are better for the soil and require less fertilizer. Through the help of Plant With Purpose, Paul has been able to reduce the operating cost of his farm while simultaneously providing added income and nutrition for his family. He has is now able to send his children to school, and he has begun building a house for himself and his family. 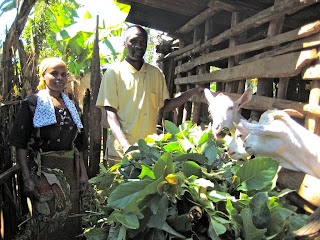 Paul says, “I am grateful for Plant With Purpose who has come to teach the villagers improved farming techniques and has given them a wider variety of crops for the land.”