Toughest Job in the World?

Written by Plant With Purpose on August 5, 2010 in General 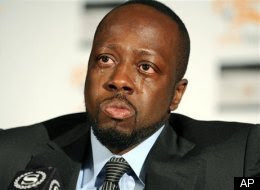 Last week I blogged about the possibility of hip-hop star Wyclef Jean running for President in Haiti. I’m sure that everyone is on the edge of their seats, waiting to find out if this rapping philanthropist will make a bid for the presidency.

Wyclef Jean confirmed today that he will be running for president.

Jean is running as a candidate from the party Ansanm Nou Fo, a reformist party. Ansanm Nou Fo is a Creole name that comes from the French phrase “ensemble nous faut”, which means “we must (do it) together”. His campaign slogan is “Face à Face” (Face to Face), expressing his goal to create a more transparent system for Haiti’s government. Jean challenges the deep-seated corruption that plagues Port-au-Prince, claiming that “the old school will have to fall in line with the new model” and that government will be “conducted out in the open”. This will probably make him unpopular with existing Haitian leadership, but may help his credibility with the Haitian people, many of whom are disenchanted with the government.

Last week I couldn’t fathom what kind of political platform Jean would present. I wondered if he would rely on vague, idealist promises of rebuilding and reforming. However, Jean seems to have a more specific plan than I expected. He claims to draw much of his political philosophy from Bill Clinton. He wants to encourage cooperation between businesses, government, and civil society, an alliance that was beginning to see success before the earthquake. He wants to break up the power as well as the huge residential population in Port-au-Prince and spread it across the country. Jean also has mentioned a desire to rejuvenate rural communities and the agricultural sector through schools, clinics, and business.

Even before the earthquake ravaged the nation, Haitian presidencies were volatile at best. Haitian governments are habitually corrupted, inept, illegitimate, and unstable. Out of the past 53 Haitian leaders, only 9 completed their full term. 4 of those that did acted under U.S. occupation. 23 of the 53 were overthrown, 7 died in office, 7 only lasted a year or two, 2 were assassinated, 1 was executed, and 1 committed suicide. None of those presidents had to face a nation ravaged by an earthquake that killed a government estimated 300,000 people.

I wouldn’t expect people to be lining up for the job, but Jean faces dozens of competitors including his uncle, Raymond Joseph, the Haitian ambassador in Washington, and fellow Haitian musician Michel “Sweet Mickey” Martelly. Current president René Garcia Préval has not announced his endorsement yet, but it is unlikely to be Jean. All candidates must announce their bid to run by August 7th, and the election will take place on November 28th.

To read more about Jean’s presidency, follow this link: http://home/boxcom/oldpwp.box.com.pa.miamiherald.com/2010/08/05/1762628/its-official-wyclef-jean-to-run.html