Trans-border Tensions Between the DR and Haiti

Written by Plant With Purpose on July 23, 2010 in General 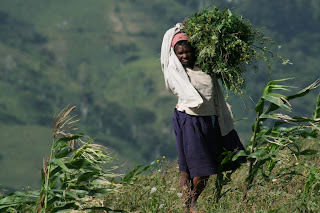 Hope for a better future between the two countries has grown since the January earthquake in Haiti. The Dominican Republic responded better to the earthquake than anyone expected, providing swift, critical aid and efficient disaster relief to Haiti, greatly aiding in recovery.

However, as the DR is providing vital aid to earthquake victims, it made a constitutional change that prevents any DR-born child of undocumented workers from becoming citizens. The Dominican Republic is a wealthier nation than Haiti and many Haitians go there attempting to find work; almost all of them are undocumented. This change takes away citizenship from any child of immigrants who had it before the law passed, preventing them from acquiring a much-needed national I.D. This makes it difficult, if not impossible, for children of undocumented workers to get a college education, certain jobs, and passports.

Tensions between Haitians and Dominicans go beyond those caused by the recent constitutional change. Haitian immigrants in the DR have suffered lynching, murders, burned homes, and rampant racism, especially in the countryside along the border. This tension is the result of the struggle between Dominican farmers and Haitian immigrants who compete with them for land and economic space. Charcoal production, chopping trees and using a furnace to turn them into more efficient fuel, has long been a way for poor Haitians and Dominicans to make money. Charcoal production is extremely environmentally detrimental and is a huge cause of deforestation on Hispaniola. The DR banned the production of charcoal to protect its trees, but as forests in Haiti disappear, more desperate Haitians cross the border to participate in illegal charcoal trade in the DR. This damages the environment of the Dominican Republic and the relationship between the two nations.

Many Haitians cross into the Dominican Republic and become sharecroppers. Haitian work is cheap, so Dominican farmers hire them, but Haitian sharecroppers frequently return to their forest-clearing habits for charcoal production, extending Haiti’s ecological problem into the DR. 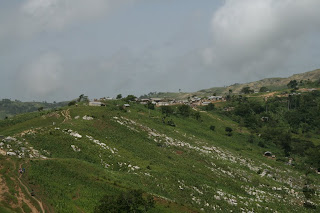 hile the DR’s response to the earthquake may help the countries’ relationship, the disaster itself will further impoverish Haiti, driving even more undocumented workers who cannot become citizens into the DR, further damaging the environment.

Plant With Purpose is active in both Haiti and the Dominican Republic, often in conflict-heavy areas. Plant With Purpose attempts to ease the tensions between Haitians and Dominicans through our trans-border project by finding alternative employment for Haitians so they don’t become sharecroppers or participate in the charcoal trade. Plant With Purpose reforests areas that have been cleared by the charcoal trade and teaches sustainable agriculture to farmers on both sides of the border, helping them to heal their environment. By emphasizing God’s love for His people and the planet, Plant With Purpose hopes to foster a mutual respect between Haitians and Dominicans and a care for the environment. Creating jobs for Haitians, helping plant trees, and encouraging environmentally friendly land use will help eliminate many of the causes of violence and tension between Haiti and the Dominican Republic.

For more on the relationship between the Dominican Republic and Haiti, see this article: http://home/boxcom/oldpwp.box.com.pa.miamiherald.com/2010/07/16/1734536_p3/six-months-after-the-earthquake.html or read Scott’s book Tending to Eden!