Written by Plant With Purpose on March 12, 2010 in General 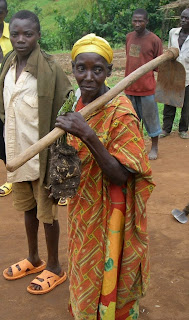 Check out the latest Fast Facts on Plant With Purpose’s newest program in Burundi, Africa:

Burundi has suffered greatly. A brutal civil war that lasted for over 40 years left the country aching and the land depleted. When peace was finally achieved in 2006, Burundi was faced with the challenge of transitioning from a nation on the brink of extinction to a nation of hope. Large numbers of refugees started returning to their homeland and the need for economic development, food security, and ethnic reconciliation has been immense.

This year Plant With Purpose worked with 113 community group members, helping them to revive the land they depend on as well as restore relationships between members of rival ethnic groups.

Location: Central Africa, east of Democratic Republic of the Congo 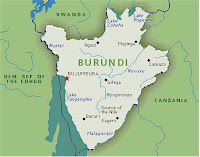 Forests: Settlement by rural populations has led to deforestation, soil erosion, and habitat loss. Deforestation of the entire country is almost completely due to overpopulation, with a mere 230 square miles remaining.

To join with Plant With Purpose’s to empower Burundian communities to reduce poverty, to heal environmental and social scars, and to develop healthy, sustainable economies, click here.