Written by Plant With Purpose on May 5, 2010 in General 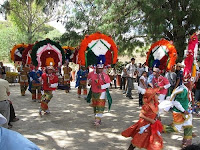 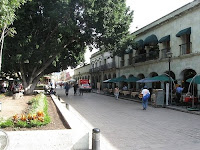 In Mexico, there is little celebration of Cinco de Mayo, and it is usually limited to the town of Puebla. This stems partly from the fact that shortly after the Battle of Puebla, the French army captured Mexico City and held their government there until 1867. Although Cinco de Mayo has become more of a U.S. holiday, that doesn’t reduce the significance of celebrating our neighbor to the South, or the many Mexican-Americans that reside all over the United States. 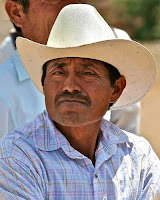 This Cinco de Mayo, try something new and celebrate the culture and rich history of Oaxaca, Mexico! I’m always a fan of food, especially because I believe food is a great look into the traditions and history of a place. Authentic Mexican cuisine is the result of Aztec, Mayan, and Spanish influences with sub-tropical ingredients like chili peppers, chocolate, jicama, and guava. Oaxaca itself is famous for its mole sauce, which is thick, sharp, sweet, with notes of smoke, sometimes clove and citrus, and always with heat from dried chiles. Oaxaca’s mole comes in at least seven basic varieties including negro, amarillo, almendrado, verde, coloradito, rojo, chichilo negro, and Manchamanteles.

Aside from its extraordinary food and mole sauce, Oaxaca has 16 formally registered indigenous communities and more speakers of indigenous languages than anywhere else in Mexico. Although we at Plant With Purpose often stress the help that Oaxaca 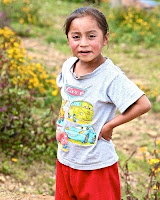 desperately needs, which is true, we can also celebrate Oaxaca’s rich diversity and traditions. We’ve been excited to witness community members in many of the villages where we work translate stories and prayers into their Mixteco language as well as teaching their children Mixteco oral traditions and folklore. Plant With Purpose empowers Oaxacan communities to not only restore their land and overcome poverty, but also to preserve their culture, enrich their communities, and build a better future for their children.

Although facing many problems, Oaxaca is an interesting and complex state with a fascinating story to share. So this Cinco de Mayo, put aside the margarita for a moment, and truly learn about our neighbor to the South.