Something Smells Fishy…In a Good Way!

Tilapia ponds have made a big splash in Savanne Bombe, Haiti. Before Plant With Purpose began working with this community, farmers struggled to make enough money to feed their families, and the land was severely eroded. Now the communities are greatly benefiting from these fish ponds as an additional source of food and income.


Two members of the Savanne Bombe group, Anasias Fils-Aime and Jean Claude Decembre, oversee a thriving tilapia pond, which is about 14 feet across and less than 3 feet deep. They put 20 fish into the pond originally, but after two months the fish had reproduced and significantly increased their numbers. 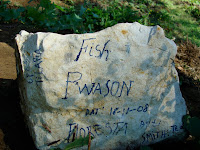 “A while back we got together as a group to just talk about creating the ponds, but we never did anything. Now thanks to the support and guidance of Plant With Purpose we are doing things,” said Jean Claude while pointing at his pond and a garden of vegetables with small plants of carrots, bell pepper, beets, and cabbage. He also said that some people have never eaten, or even seen fish before! Anasias said that raising fish was mainly for consumption, but the investment was such that in the future he would like to sell the fish at the local market. 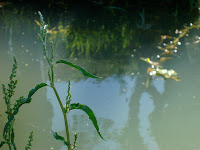 This community has also received training in composting, gardens, and organic fertilizers and pesticides. With the right tools and training, Savanne Bombe is well on its way to a sustainable aqua-culture system that will help the community to lift themselves out of chronic poverty.