Stay With: Child Slavery in Haiti

Written by Plant With Purpose on July 15, 2010 in General 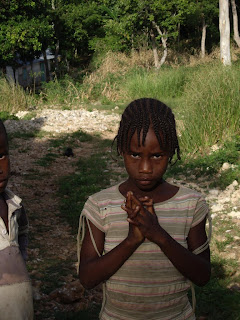 In Haiti, children from impoverished families who are given by their parents to do housework for another family in exchange for food and housing are known as “restavek” children. Restavek is a Haitian word that combines the French verb rester (to stay) and the word avec, which means “with”. In English, the word means “stay with”, referring to the fact that these children are staying with another family.


Restavek children are not adopted or participating in some type of home-stay program. When sent away to live with a family, they are traded into domestic slavery. They are vulnerable to every manner of abuse and mistreatment by members of the household. According to Jean-Robert Cadet, author of a book on Haiti’s child slaves, 80% of restavek children are girls, who are often victims of sexual as well as other abuses.

The word restavek really resonates for me. A restavek. A “stay with”. When I say I am “staying” somewhere, such as a hotel or a friend’s house, it implies an impersonal impermanence. I am saying that place is not really where I belong, that I will eventually leave and return to my home. The name given to restavek children reflects the worthlessness that is placed on them as a domestic slave. They live and work in a house, but they are just staying there. They are not part of the household and this lack of belonging leaves them vulnerable to abuse. Unlike when I stay at a hotel, restavek children cannot leave the place where they are staying; they are trapped in their slavery, abused, and outsiders in their very name. 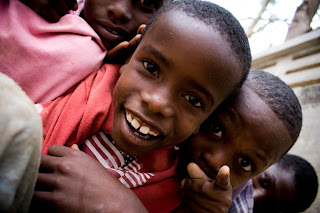 ore the January earthquake, approximately 300,000 children were in domestic slavery in Haiti. After the earthquake, Cadet estimates that the number will double. The poor in Haiti are more desperate, and more likely to offer their children as slaves. Almost an entire generation of Haitian children was orphaned in the earthquake; Cadet believes that these children will almost inevitably be absorbed into the restavek system. In the desperate times following the earthquake, restavek childrens’ situation has worsened. They receive less food and endure even harsher conditions than other Haitians.

Read this article for more information on restavek children: http://edition.cnn.com/2010/WORLD/americas/07/11/haiti.child.slavery/?fbid=SPAVjns-XZm