The Vuvuzela: Echoes of Change in East Africa

Written by Plant With Purpose on July 19, 2010 in General 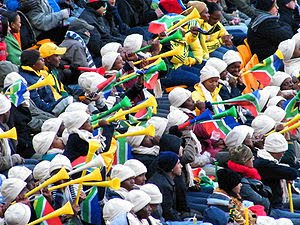 If you watched or even were around someone watching the World Cup this year, you no doubt heard the incessant droning of what is best described as the sound of a cloud of angry killer bees.
The source of this sound, the vuvuzela, has become quite a controversial subject since the first (and seemingly only) note broke into the ear canals of soccer (sorry, football) fans across the globe. People have raised arguments that vuvuzelas cause the spread of germs and disease, cause serious hearing damage, and can even be used as weapons. Players have complained of the distraction that the constant din creates on the field. The controversy has caused this descendant of the kudu horn to be banned at various sporting venues around the world—from Wimbledon to Yankee Stadium.
And yet, the vuvuzela plays on.
Try as foreigners might to ban its monotone symphony, the horn remains very much a part of South African soccer. It refuses to silence itself in the face of oppression. It plays as a reminder of the unshakable resolve of the people of the African continent. The ubiquitous hum of the vuvuzela is an illustration of the culture, life, and indomitable spirit of the people who play them. 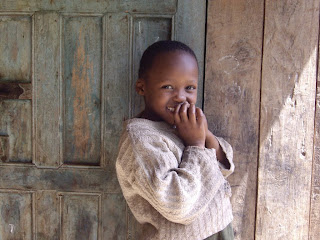 Nowhere is this spirit more evident than in two of the poorest African nations: Burundi and Tanzania. These two countries have seen everything from poverty and corruption to assassinations and genocide. The World Bank ranks Tanzania and Burundi numbers 192 and 213 in terms of average annual income, respectively. There were 213 countries ranked.
Dire as the situation in these places may seem, it is not hopeless. Plant With Purpose has been working in these poverty stricken countries to give the people there the tools that they need to pull themselves out of poverty and heal their environment. The farmers that we work with are shining examples of the hope that exists even in the poorest of areas.
An exciting development has been made in these countries that gives us further reason to hope. The East African Community (EAC)—made up of the Republics of Kenya, Uganda, Rwanda, Burundi, and the United Republic of Tanzania—have put into effect this month an East African common market. The goal of the common market is “to enable the free movement of people, capital and services and abolish import duties” according to BBC News. As of July 1, all barriers to trade among the member nations have been removed. The idea is that this will encourage trade and cooperation among the members of the East African Community, much as the adoption of the euro did in Europe.
While this is an exciting development, and it is encouraging to see these poor nations banding together to improve their situation, the market is not without risk. Some are concerned that Kenya will dominate the other, poorer, member countries. People are worried that jobs will leave countries such as Tanzania and Burundi, and go to the stronger Kenyan economy.
Please keep your prayers with the people of East Africa, and specifically with Plant With Purpose’s programs in Burundi and Tanzania. Pray that this common market creates unity and economic health in the EAC, and that Plant With Purpose will be able to work effectively in this new climate to bring about the healing that is so desperately needed.
To learn more about East Africa’s common market, visit http://news.bbc.co.uk/2/hi/business/8769566.stm
To learn more about the East African Community, visit http://home/boxcom/oldpwp.box.com.pa.eac.int/