Written by Plant With Purpose on July 29, 2010 in General 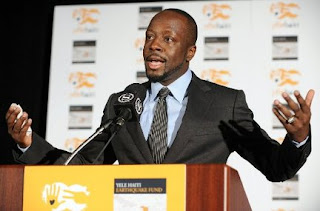 Yesterday, while searching the Internet for news about Haiti, I discovered that singer Wyclef Jean is seriously considering running for President of Haiti in the November election. He has not officially placed a bid, but he recently filed the necessary paperwork to run when the time comes.

At first, this struck me as a little ridiculous. As a native Californian, I’m no stranger to celebrity politicians, but the presidency? He’s a college drop-out, Grammy-winning, multi-platinum recording artist, and former Fugees member. He had a hit single my senior year of high school about a prostitute who used to be the “Sweetest Girl”. I’m guessing I’m not the only one who found the idea of Wyclef Jean the rap star running for the President of Haiti a little ridiculous.

However, there is more to Jean than his music career. He is the founder of the Yéle Haiti Foundation, which spreads global awareness about Haitian struggles, employs adults, sends children to school, and raises awareness about HIV/AIDS. Jean has remained committed to helping Haiti post-earthquake and serves as an ambassador-at-large under the current government. Wyclef Jean is passionate about the well-being of his country and optimistic about its potential for progress.

I have to confess.

I’m a total nerd when it comes to governments and politics.

I’m going to try to restrain myself and give you a bite-sized rundown of the Haitian government and presidency. The Haitian government has suffered from serious corruption and instability in the past, often greatly harming its people. Being the president in Haiti is similar to being the president in the United States, but not exactly the same. Haiti is a semi-presidential system, like France. This means that there is an elected president who shares executive power with a prime minister from the majority party in Parliament.

Haitian presidents are required to have lived in Haiti for five consecutive years, own property in Haiti, and have only ever been a citizen of Haiti. Wyclef Jean was born in Haiti and raised in the United States. I am unsure about Jean’s citizenship status; I have read that he remained a Haitian citizen his entire life, and that he is understood to be a U.S. citizen. He spends a lot of time in Haiti, and probably owns property there, but it is going to be difficult for him to prove five consecutive years of residency. 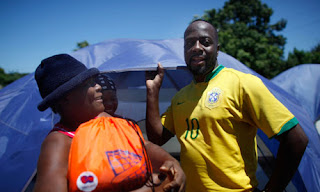 The implications of Jean’s presidential bid are vast. He is already famous and rich, so voters will trust that he is not running for personal gain. His fame and activist-image could bring higher voter participation than in past elections, particularly among young people. A celebrity president could keep media attention and foreign aid coming into Haiti long after it would have otherwise dwindled. His political inexperience could mean that he is outside the corruption that characterizes Haitian politics. However, It could also mean that he has no idea what he is doing and is unequipped to handle the slew of problems that face the future Haitian president.

I’m curious to see what will happen in Haiti. August 7th is the deadline to place a bid for the presidency, and other potential candidates have been reluctant to declare their intent to run. Jean may decide not to run, may not meet the necessary qualifications, or may turn out to be exactly what Haiti needs in a president. Whether or not that person is Wyclef Jean, electing the right president for Haiti will be an important step in continuing earthquake recovery efforts and stabilizing the nation.