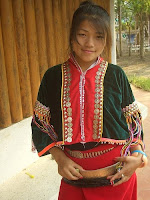 
Empowering women in developing countries is a complicated issue. Lawrence H. Summers, during a presentation at the 1992 Annual Meeting of The World Bank, claimed that education was the key to the empowerment of women, claiming that the enormous economic benefits attached to investing in women’s education has the ability to eventually transform entire societies. Yet others, such as Anju Malhotra and Mark Mathers in their journal entry, “Do Schooling and Work Empower Women in Developing Countries” believe that more than just schooling and work is necessary to empower women in developing countries, and instead, there needs to be a complete restructuring of the familial, social, and economic organization.

Although I strongly believe that there needs to be a restructuring of social dynamics within developing countries in order for true female empowerment to exist, it seems like it is possible that the two could inform each other. Increased education and job opportunities don’t solve all the problems women face in the developing world, but they could lead to realignments in social and family dynamics in the future that could empower women from the ground up.

Summers argues that females in developing countries are trapped in a vicious cycle. Girls are not educated because they are not expected to make an economic contribution to their families. In turn, girls cannot make an economic contribution since they are not educated, and the belief is further instilled that they are incapable of working beyond the home. According to Summers, by increasing educational opportunities for girls there would be enormous economic and social benefits that could curb this vicious cycle.

At Plant With Purpose, we empower women to become members of loan-lending groups as well as start their own businesses. Lucia Corporan of Los Mogotes in the Dominican Republic was able to start her own small business through the help of Plant With Purpose. Lucia has been the recipient of three loans that have helped improve her income, breed her growing herd of pigs, and start her own business. Lucia is just one example of women who become active and important figures in the community through the help of Plant With Purpose.

Although Lucia may not be leading a feminist revolution in Los Mogotes, she is serving as a strong role model for her children and for the many other girls in her community. Just one woman becoming empowered (although there are thousands more in the communities where Plant With Purpose works) can serve as a model for young girls to aspire to. While of course education is a key element in female empowerment, it all begins with changing girls’ views of themselves and their abilities. When young girls in developing countries see their mother or their neighbor or their sister working and becoming a part of the community and its economic and financial framework, they then can believe that they also have this power. Empowering females in developing countries starts from the ground up, and from there, we can all hope that the possibilities are endless.